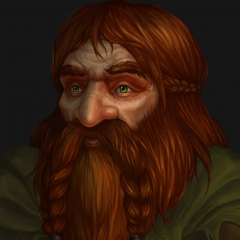 If I came here to register and ask for your help it's simply because I don't have clues anymore. Let me explain my problem and what I did in order to solve it.

Sometimes and randomly, approximately one time a day, my channel (or my cores) lost their synchronization together. For example, is you're standing on a bugged core, let's say core 4, you will appear as offline for everyone, including /who, /user, friendlist, general chat and everything else while you'll only be able to see people on the same core as you.

The crash is completely random and after some examinations it happens ONLY on some core. The solution is to reboot until the core are desynchronized again.

Here is what I did :

What I basically did is checking all the ports of all cores, all of them were good (cores are 1300X while channel are 130YX) including P2P ports, which was the first thing I suspected.

I then checked all maps on every core, I checked if the map was declared elsewhere (so two times), it was the case for some maps so I declared them only in one core (for each channel).

After some tests, the bug was still there, so I checked all the map again, removing every unused map from the core (I checked the index and if it wasn't included in Index I removed the number from the MAP_ALLOW).

I also checked This post made by @yagokurt but he didn't give the solution (if he fixed it). I only got one additional information  : If the maps are moved on another core, then the core with the freshly added map will be bugged as well.

I also noticed that these bugs are likely to appear on villages (yellow & blue), I will currently check the other map included in the same core as these maps to see if they are suffering from the bug too.

This is the place where I will notice what I found.

I removed one of these dupplicated ID as well as the additional ID for the same map, I'll reboot and tell you the outcome.

Thanks everyone and sorry for the inconvenience

I just logged-in again on my Metin2Dev account after a while and I noticed I haven't given any updates in more than a year on this topic and that maybe this problem might occur to some other people. If anyone is wondering, here is how I got rid of the bug.

I installed in a hurry (short deadline...) a trade chat system which I unfortunately couldn't check because of time running short. It was not "poorly" coded even though it unfortunately contained some code that requiered a review. After uninstalling the system, the bug went away but I got it to happen only a few hours ago, and this time I found the culprit too. It was related to my own offline shop which I made in a hurry too in approximatively a week.

So, if anyone ever stumbles across this post while trying to fix the exact same bug, try to check all the systems you code and all the system you install and don't forget to always check the code and the system in game. If you don't know which system is the culprit, just deactivate them until you find the wrong one. Then, either delete it or inspect it thoroughly.

Greeting, and thank you all for the help you gave! 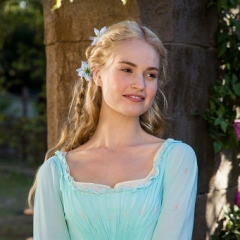 Check your files with https://www.scootersoftware.com/  if you don't have a backup compare with a normal source. Start with input_main.cpp

Hey guys. If I came here to register and ask for your help it's simply because I don't have clues anymore. Let me explain my problem and what I did in order to solve it. Sometimes and random

It's not from packet. If your core is UP and one of it crash like core1 and you try to up it manually or with a script so core1 go UP two times, it got a desynchronization

7 answers to this question