(Question)Check if npc is in map 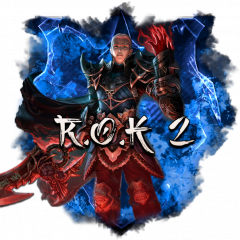 I hope you have/had a nice day.

So, I want to spawn a NPC via quest.

I've used the pc.setqf so that after it's spawned when another flag is triggered(kill 100 mobs) the action is stopped.

The problem is that as I've seen, pc.setqf is PID specific, so another player can spawn another NPC because he doesn't have that flag set yet.

So, as a another "safety" action, is there any way to check if a specific npc is in a specific map(at least map index)?

Or.. maybe.. set the flag as general for all PIDS?

I tried to play with npc.is_available0() but I think that this function is for other means...

P.S.: It is for a normal map, not dungeon.. with dungeon functions I think that I would've found a workaround.

Thank you for taking your time!

Im not sure if I understand well, but I think you want something like: find_npc_by_vnum(npc_vnum) This is usually used for target, but maybe it could work for what you're trying to do