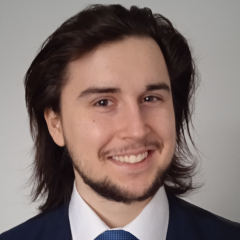 I am kinda new to this board, I don't know if I chose the right 'flag' but I think it's the closest to fit my problem.

Backstory (skippable)┌ : A friend of mine told me to play some good old metin, where the drops are the same and everything is as hard as it used to be just like in the original metin2 server. I told him I found a way to host server, so the 2 of us could play peacefully on it, whenever we would like to do it.

I had an idea back in the days where the item upgrading would take too much time (pulling the item from inventory to blacksmith, accepting it, accepting he broke it or did a succesful job, repeat... / picking up the scroll, pulling it to the item, the process may end in a failure-> accepting it, failure or success, accepting it, repeat) and I found the code on this forum to skip this process with a kind of "repeater", where the window has a checkbox, and you can check it to skip the pulling part of this job, and you only need to accept it and do it until it has it's highest value or it breaks ( I can link the source if needed). I put like 20 hours to look through the python codes I could find in the client side and I added the parts which were needed in order to achieve the usable state, but it needs to have a new metin2.exe file ( I don't know why, I am new for this kind of structures) where the file contains some extra coding too, otherwise the client would break after character select. I was using Visual Studio to run the exe creator, but it kept on running on errors and I don't know what to do to continue ( maybe I am missing only 1 step until the goal).

TL;DR : I don't know how to create a custom "metin2.exe" with extra coding in it because I don't know what I am missing.

I would be so happy if this little extra could be added to our game.

Thanks a lot in advance.

Have a succesful day,

2 answers to this question